What Evidence Is Needed For A Personal Injury Claim?

“Evidence is critical in every personal injury lawsuit involving car accidents,”  according to The Woodlands and Houston area LeMaster & Ahmed personal injury and car accident attorney Jennifer LeMaster, “Most traffic collisions are the result of driver recklessness, driver negligence, or driver error. The driver guilty of recklessness or negligence and causing harm to another person should be held accountable. That driver should be held liable and responsible for the financial and personal damage that he or she caused.”

One of the more recent upward trends in causes of car accidents is texting by drivers. Some studies have stated that drivers who are texting are 23 times more likely to be involved in a car crash.  Other driver activities that lead to car collisions are dialing a phone, reading, writing, excessive speed, and driving under the influence. Quoting the U.S. Department of Transportation’s National Highway Traffic Safety Administration:  “While Americans drove less in 2020 due to the pandemic, NHTSA’s early estimates show that an estimated 38,680 people died in motor vehicle traffic crashes—the largest projected number of fatalities since 2007.” 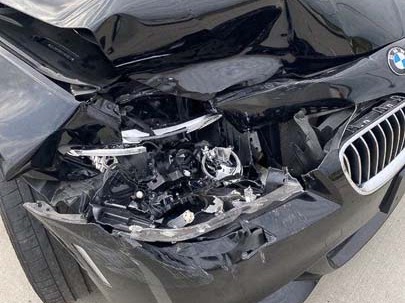 How Do You Prove Personal Injury In Court?

To prove a personal injury in a court of law the personal injury attorney must first demonstrate that the defendant acted in a negligent or reckless manner that resulted in the injury. The injured party would then claim or demand financial compensation for both financial losses and injuries.

Types Of Evidence Admitted In A Personal Injury Lawsuit

“Anyone who is involved in a vehicle accident should take as many photographs and videos as possible. If the driver is not able to take photos or videos then any passenger that is able should take multiple photos and videos of the vehicles, the impact area, and the injured people. Accident scene investigators have a number of sophisticated tools they use to reconstruct a car accident. These tools can create 3 dimensional images or videos that are very useful in understanding exactly what happened,” stated Ms. LeMaster.

There are other forms of Car Accident Analysis methods as described by Wikipedia. They are:

One of the most important things a car accident victim can do is get a medical exam immediately – and no later than 24 hours. Sometimes head injuries do not become apparent until some time has passed. Internal head injuries may not be obvious to the driver, family, or friends but a doctor should examine anyone that might have such an injury.

There are many types of evidence that may be presented in a car accident personal injury lawsuit.  Generally the most important evidence is gathered immediately after the car crash. That includes photos and videos of the after-crash scene, witness statements and their contact information, and any item or physical evidence at the crash scene that may have been involved.  Medical documents are also important but may take months or years to document the full extent of a person’s injuries.

LeMaster & Ahmed PLLC, Attorneys at Law and personal injury attorneys, encourages anyone who has been injured to fight back. They deserve a fair and equitable settlement for their injuries, their pain and suffering, their physical rehabilitation, their loss of income, and the impact their injuries will have for the rest of their lives.