“Let me be very clear. Trucking companies and the large corporations that hire them are NOT being sued because they are doing a good job of protecting the public.  They are being sued because they are doing a BAD job of protecting the public. The list is as long as my arm – carelessness, recklessness, neglect, poor training, poor supervision, negligence, apathy, drug use, and just plain irresponsible decision-making by executives, managers, supervisors, and drivers are at the top of the list,” according to The Woodlands and Houston area LeMaster & Ahmed personal injury and truck accident attorney Jennifer LeMaster. What Are The Main Causes Of Truck Accidents?

Although trucking companies are regulated to some extent by federal and state laws there are simply not enough inspectors or budget money to provide a comprehensive inspection program. Therefore trucking companies are largely unregulated for the better part of their existence.  The large corporations that hire them have a public duty to hire responsible and safety conscious trucking companies.  But many times these large corporations fail to perform their due diligence before or after hiring trucking companies. The results can be catastrophic.  There are about 500,000 big-rig truck accidents in the United States every year. Because of the weight of the truck and its contents, the injuries to other drivers in a truck-car accident can be extreme.

What Are Common Truck Accident Injuries? 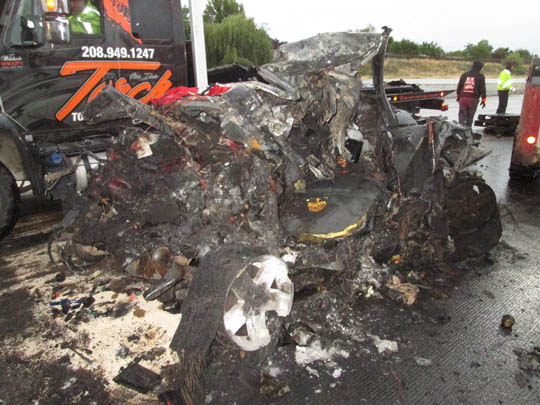 “The Texas traveling public was dealt a severe blow regarding truckers and highway safety this year. Rather than punishing trucking companies and the large corporations that hire them for BAD behavior, the Texas legislature and governor decided to protect these companies from their dangerous and irresponsible behavior by limiting the dollar amount they have to pay in personal injury trucking lawsuits,” stated Ms. LeMaster, “and as long as the profits keep rolling-in and the punishment is limited, the problem of car-truck accidents will only become worse in Texas. Just pray you are never involved in one of these accidents.”

One of the many tragic examples of the failure of trucking companies and corporations to protect public safety occurred in Idaho in 2018. This case involves Albertsons Companies, Krujex Freight Transport Company, and a driver named Illya Tsar.  The truck was owned by the freight company and was under contract to transport produce for Albertsons Companies. The truck driver plowed into a line of cars that had slowed down due to a traffic bottleneck at a highway construction site.  Three young Air Force airmen were killed in addition to the truck driver, Illya Tsar. In addition to the airmen’s vehicle and the truck, five other vehicles were involved in the crash and three other people were injured. Eight lawsuits are pending and the cases are expected to go to trial in 2022. 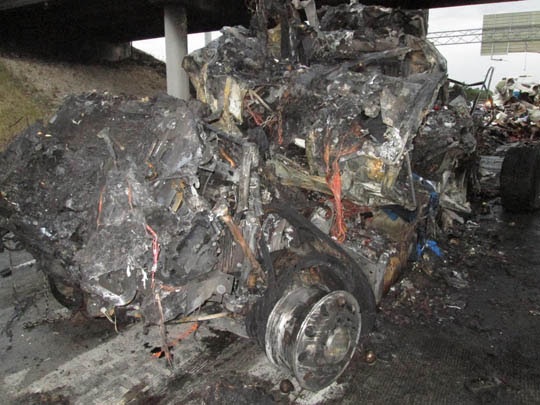 The discovery process has revealed the following facts about Albertsons, Krujex, and Illya Tsar.

1) Matt Geurts, an Albertsons trucking officer, admitted numerous failures on the part of Albertsons. The company failed to ask Krujex for its documentation on its safety procedures and driver training documents. In addition, Albertsons failed to ask for documents showing Krujex’s regulatory compliance, which includes the hours of service for its drivers.

2) Krujex signed a contract with Albertsons in July 2017 and the contract required the freight company to certify it had a “satisfactory” safety rating issued by the U.S. Department of Transportation (D.O.T.). At that time Krujex had not been issued any safety rating by the government agency.  After the crash the D.O.T. found 22 violations of trucking regulations and issued an “unsatisfactory” rating.

In its report the NTSB stated that the truck that was owned by Krujex Freight was marketed with a crash-avoidance system. Krujex declined to have this safety device installed, preferring to save the $2524 it would have cost.

An accident investigator stated that had Krujex followed the federal trucking regulations it would have discovered that the driver they employed, Mr. Tsar, had a disturbing and unacceptable driving record.

3) The driver, Mr. Tsar, slammed into the vehicle containing the three airmen at 62 miles per hour. Mr. Tsar had drifted in and out of his lane 20 times in the 17 minutes that preceded the accident.

Two years after the crash the National Transportation Safety Board issued a report which in part stated that the accident was probably caused by fatigue on the part of the truck driver, Mr. Tsar.

LeMaster & Ahmed PLLC, Attorneys at Law, encourages anyone who has been injured to fight back. They deserve a fair and equitable settlement for their injuries, their pain and suffering, their physical rehabilitation, their loss of income, and the impact their injuries will have for the rest of their lives.